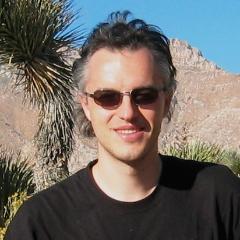 Bio: Albert is a research scientist at Google. He has been a research scientist at Inria from 2000 to 2018. He graduated from École Normale Supérieure de Lyon and received his PhD from the University of Versailles in 1999 (awarded two national prizes). He has been a visiting scholar at the University of Illinois, an invited professor at Philips Research, and a visiting scientist at Facebook Artificial Intelligence Research. Albert Cohen works on parallelizing and optimizing compilers, parallel programming languages and systems and synchronous programming for reactive control systems. He served as the general or program chair of major conferences, including PLDI, PPoPP, HiPEAC, CC, the embedded software track of DAC, and as a member of the editorial board of ACM TACO and IJPP. He coauthored more than 180 peer-reviewed papers and has been the advisor for 26 PhD theses. Several research projects initiated by Albert Cohen resulted in effective transfer to production compilers and programming environments in industry.