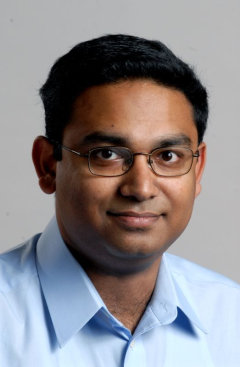 Bio: Koushik Sen is an associate professor in the Department of Electrical Engineering and Computer Sciences at the University of California, Berkeley. His research interest lies in Software Engineering, Programming Languages, and Formal methods. He is interested in developing software tools and methodologies that improve programmer productivity and software quality. He is best known for his work on “DART: Directed Automated Random Testing” and concolic testing. He has received a NSF CAREER Award in 2008, a Haifa Verification Conference (HVC) Award in 2009, a IFIP TC2 Manfred Paul Award for Excellence in Software: Theory and Practice in 2010, a Sloan Foundation Fellowship in 2011, a Professor R. Narasimhan Lecture Award in 2014, and an Okawa Foundation Research Grant in 2015. He has won several ACM SIGSOFT Distinguished Paper Awards. He received the C.L. and Jane W-S. Liu Award in 2004, the C. W. Gear Outstanding Graduate Award in 2005, and the David J. Kuck Outstanding Ph.D. Thesis Award in 2007, and a Distinguished Alumni Educator Award in 2014 from the UIUC Department of Computer Science. He holds a B.Tech from Indian Institute of Technology, Kanpur, and M.S. and Ph.D. in CS from University of Illinois at Urbana-Champaign.